The Archives department of the Birmingham Public Library is making Robert Edward Chambliss’s jailhouse correspondence available to the public today, the 35th anniversary of the start of Chambliss’s trial.  The papers were given to the library by the FBI. In 1977 Chambliss was convicted to a life sentence for the murder of Carol Denise McNair, 11. McNair, along with Addie Mae Collins, Carole Robertson and Cynthia Wesley, all 14, was killed in the 1963 bombing of the 16th Street Baptist Church.

Yesterday, I had an opportunity to review the letters, which were written on yellow legal paper and in cursive.  Chambliss wasn’t concerned with modern grammatical conventions as he disregarded many commas and periods and capitalized words at random.  Given the age of the letters, I was surprised to find that the ink had not faded.

Many of the letters are written to his niece Willie Mae Walker.  Chambliss addresses the envelopes with “To My Best Niece Mrs. Willie Mae Walker.” Within the letters, he would make numerous requests of Walker from sending him money for cigarettes to contacting “Good White” lawyers who could help get him released from prison either for good behavior or medical reasons.

In one letter, Chambliss asked Walker to contact the local newspapers and place the following ad:

Who Will Help an 80 year old innocent convict to get out of Prison.

His Doctors Say He Will Never Be Well Again.  He is Being Held a Political Prisoner

Sure enough, Walker sent a typed letter to the Birmingham News’s advertising director Harris Emmerson to find out ad rates for a two-week run.

Chambliss also asked Walker to track down another niece, Elizabeth Cobbs or Libby Ann as Chambliss called her.  Many observers of Chambliss’s trial say it was Cobbs’s testimony that sealed his conviction.  Cobbs, a Methodist minister, was the prosecution’s star witness.  In Spike Lee’s 1997 seminal documentary, Four Little Girls, Howell Raines, the former executive director of the New York Times and Birmingham native, said “The old man [Chambliss] looked over his shoulder and sees this woman walking in and he turns around. His attorneys lean over to him and ask him ‘Who is that?’ And it’s clear they’re totally unprepared for this witness.”

Cobbs testified that while watching news reports of the bombing, her uncle said, “It wasn’t meant to hurt anybody. It didn’t go off when it was supposed to.”

Chambliss wanted Walker to find Cobbs so she could “repent” of her testimony.  Chambliss blamed Cobbs for his conviction.   In one letter dated December 18, 1983, Chambliss wrote, “…She Swore Lies on Her Uncle and got Him Charged with 4 Murders and got Him a Life Sentence.”  He thought the Methodist church may have known of Cobbs’s whereabouts; he told his niece to contact them.  Chambliss never mentioned he knew that Cobbs underwent a sex change in 1981 and changed his name to Petric Smith. In 1994, Smith wrote Long Time Coming, in which he recollects about growing up with violent segregationists and how he felt during the trial. Chambliss died a prisoner on October 29, 1985.  Smith died in Birmingham in 1998 from lung cancer. He was 57.

Historians and journalists have given no treatment to Walker.  I want to know more about her, this best niece. Did she believe in her uncle’s innocence? Did she feel a sense of relief after his death? Is she still alive?  As with any important find, we are left to discover answers through additional digging. If you were able to ask Walker one question, what would it be?

The Archives department is located in the Linn-Henley Research Building and is open from 9 a.m. to 6 p.m., Monday – Friday.

One of the letters Chambliss wrote from prison

5K at the Junction route

For many Birmingham-area blacks in the 1920s – 1940s, Tuxedo Junction, located in the working- class enclave of Ensley, was the place to be.   A thriving commercial district for blacks, Tuxedo Junction was located at the intersection of 20th Street and Ensley Avenue, just where the Birmingham, Railway, Light and Power Company trolley lines split.   Birmingham native Erskine Hawkins, composer and trumpeter, wanted to capture the district’s energy with his song, “Tuxedo Junction.”  The tune later gained in popularity after being recorded by Glenn Miller.  Tuxedo Junction didn’t just consist of jive joints and nightclubs; well-to-do businesses took up residence as well.  In his study, Downtown Ensley & Tuxedo Junction, David B. Schneider wrote that the Belcher-Nixon Building, which was located in the heart of Tuxedo Junction, contained many black-owned businesses, including the dental office of civil rights leader Dr. John W. Dixon.

The area has suffered serious decline since its heyday. It is now dotted with neglected commercial buildings, but many see hope in the revival.  In a Birmingham News article about their book, “Ensley and Tuxedo Junction,” authors David Fleming and Mary Allison Haynie said they wanted the book to serve as a beacon on the importance of Ensley and Tuxedo Junction.  The book highlights more than 200 photographs that were mostly culled from area residents.  Fleming is a former executive director of Main Street Birmingham, a nonprofit organization that is working to revitalize Ensley, along with other Birmingham-area business districts.

Jerri Haslem also believes Ensley, and Tuxedo Junction, can see better days, and not just in the terms of business renewal but also in improved health of its residents. Haslem, local fitness expert, is organizing the 5K at the Junction, a 3.1 mile race that will start tomorrow, November 10, at the Bethesda Life Center, 321 19th Street Ensley, at 8 a.m., not far from Tuxedo Junction.  A one-mile fun walk is also planned.  Haslem wanted to bring awareness to the community on issues of health disparities, chronic diseases and obesity.  Haslem selected Ensley as the race’s setting because, “it is indeed an underserved community when it comes to health disparities.  We hear so many negative things about the Ensley community. Not every community is 100% good or bad,” she said.

Three hundred runners have registered so far.  There’s still time to sign up if you want to participate in this historic race.  Cost: $20 before race day; $25 day of race.  You can go here to register or you can go to The Bethesda Life Center today, now until 6 p.m. to sign up. 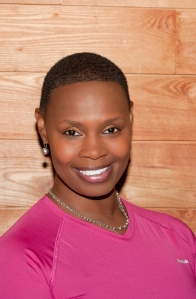